Man BEATEN for not wearing mask on Toronto subway

Disturbing, deplorable, and disgraceful. Those are the only words I can use to describe the details of this important report.

On October 24, Skyler (whose last name will not be published) attended a Yahoo Nation protest at Toronto’s Yonge-Dundas Square. As usual, it was a peaceful affair featuring hundreds of anti-lockdown demonstrators asserting their democratic right to dissent against the Wuhan virus policies that have left so many jobless and penniless.

When the protest wrapped up in the late afternoon, Skyler began his commute home to Barrie via public transit. He got into a Toronto Transit Commission subway car and headed north to Yorkdale station.

But from the get-go, his voyage was anything but pleasant.

A man who was larger than Skyler kept accosting him during the journey. The reason? Skyler was not wearing a mask.

Skyler explained to the belligerent stranger that he was exempt from wearing a face covering; indeed, the TTC permits mask-exempt patrons to use its transit system.

In any event, Skyler’s story took a disturbing detour once he reached Yorkdale station.

Skyler exited the subway car, but so did that stranger who had been heckling him the entire journey. Skyler thought nothing of it, figuring that Yorkdale was also the intended destination of the stranger. But that does not appear to be the case. Within seconds, Skyler recalls being hit with a heavy metal object that caused him to lose consciousness. 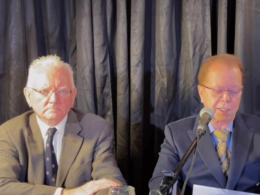 Canadian Doctors speak out against the Governments incorrect Covid19 response!

Covid19 Quarantine hotels set up on a hunch? 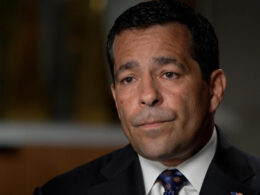 Chinese Government is not to be trusted. Tried to secure access to Covid test patience DNA.

For all the polarization that grips Washington, here’s a source of rare consensus: the emerging threat of China’s…
bythesearethefacts 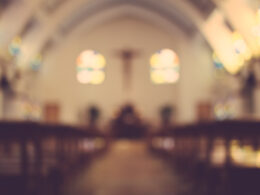 Are politicians in BC Void of any Faith?

Langley (NEWS 1130) — Langley RCMP say they issued a $2,300 ticket to a Langley church for violating…
bythesearethefacts