The Canadian Taxpayer Federation released a statement on  Tuesday sharply criticizing federal Members of Parliament for “failing to stop their April 1 pay raise during the COVID-19 downturn.”

Legislation passed to depoliticize parliamentary pay in 2005 makes it so that salaries paid to MPs and senators increase automatically on April 1 of each year. 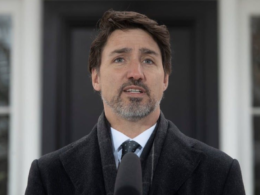 If you like freedom – Dictator Trudeau should scare you!

How many Canadians will be locked up in secretly located “hotel prison” facilities, without due process, before we…
bythesearethefacts

Following the killing of George Floyd in Minneapolis this spring, protests, riots, and looting erupted across the United…
bythesearethefacts

Trudeau and his Liberals defy the House requests for documents. He is the most corrupt and defiant Prime Minister in history. Show our Twitter poll with this story