Claude Galipeau and Trudeau are trying to silence any free thinkers who have opposing opinions to the government.

Only in countries like Nazi Germany, Russia, China and others has free speech been stifled. Nazi Germany tried this and lost to eventual freedom. Trudeau and his Minister Claude Galipeau and the despicable liberal party want you to know they will soon control what you hear and see on mainstream media. They will do everything they can to eliminate any resemblance of free speech, free thinking, freedom of any kind that doesn’t bow to their ideology. They will do this under the guise of “keeping you safe” they will treat you like children and will cover your proverbial ears protecting you from so called “harmful information”. When will Canadians wake up and see this is regurgitated from historical playbooks like The Soviet Union, Nazi German and more currently China. Canadians must fight and find a way to elect real Conservatives willing to protect us.

According to a network statement, the CBC and five subsidized press associations pledged to “advocate for initiatives to reduce if not prevent online harm,” according to a network statement. The advocacy comes ahead of internet censorship bills by Heritage Minister Steven Guilbeault, including a proposal to block websites and appoint a chief censor called the Digital Safety Commissioner.

“We think industry-wide data will help us to advocate for initiatives to reduce if not prevent online harm,” Claude Galipeau, CBC executive vice-president, wrote in a statement. The network said it was commissioning a complaint-driven survey to document allegations of hurtful internet content.

“At the moment, there is little Canadian data on the problem,” wrote Galipeau. He encouraged press associations to distribute the questionnaire “as broadly as possible in the industry.” 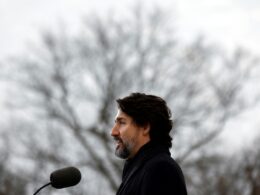 Does Trudeau say whatever makes him look good on the world stage?

Announcing his new plan for getting to net-zero on carbon emissions, Justin Trudeau told Canadians: “If we trust…
bythesearethefacts 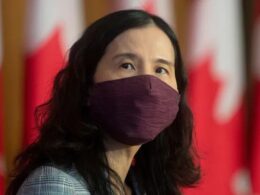 Canadian Government setting us up for what they want to be the new normal. Shut our rights down on demand any time they want.

Great analysis of how WOKE Trudeau is ruining our Country.

I have absolutely nothing to say about the titanically hyped interview of Meghan and Harry, as they are…
bythesearethefacts 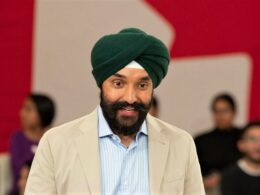 New Delhi: The resignation of Navdeep Bains, Canada’s Minister of Science, Innovation, and Industry has surprised many across the world.…
bythesearethefacts